How appropriate that my 15th wedding anniversary fell on a Thursday this year! Today’s longer than usual thankful Thursday is dedicated to my husband, Trevor. He’s so deserving of this lengthy post!

I’m pretty sure we surprised almost everyone when we got engaged, we’d only be dating seven months! I know many had doubts that a 23 year old and 20 year old could be “serious” about marriage. I know this because several people have since told us they gave us a year, at most 🙂 But boy, were we serious! So serious, that a little over six months after Trevor popped the question, we were married.

We both come from divorced families, and the two of us wanted the generational curse of divorce stop with us.

Has our marriage been easy? Nope! Have we had communication issues? Yep!
Have we faced daunting challenges? Yes! Is it only by God’s grace that we are still together? Absolutely!
Have we created amazing memories? YES!! Can I imagine my life without him? No Way!
Is our best yet to come? I believe that is true!

Ok back to the thankful part of this post! Here’s just some of the reasons I’m thankful for Trevor. He’s upheld every vow he made on our wedding day! He has more integrity than anyone I know.

He is honest, humble, and hard working. He is smart, wise beyond his years, makes me laugh, let’s me be silly, supports my dreams, and teaches me how to be a better person. He really is a “super” man. He supported this very last minute trip to Germany!

I’m thankful he kisses me goodbye every morning, again when he gets home, always kisses me goodnight, and most nights he hold’s my hand while we fall asleep.

Its been fun and challenging to “grow up” and “grow” together. I’m thankful amidst difficult times, we haven’t grown apart. I thought it’d be fun to share some of my favorite pictures and memories from the past fifteen years. Some of these photos were taken with a film camera, so they have “vintage” look! 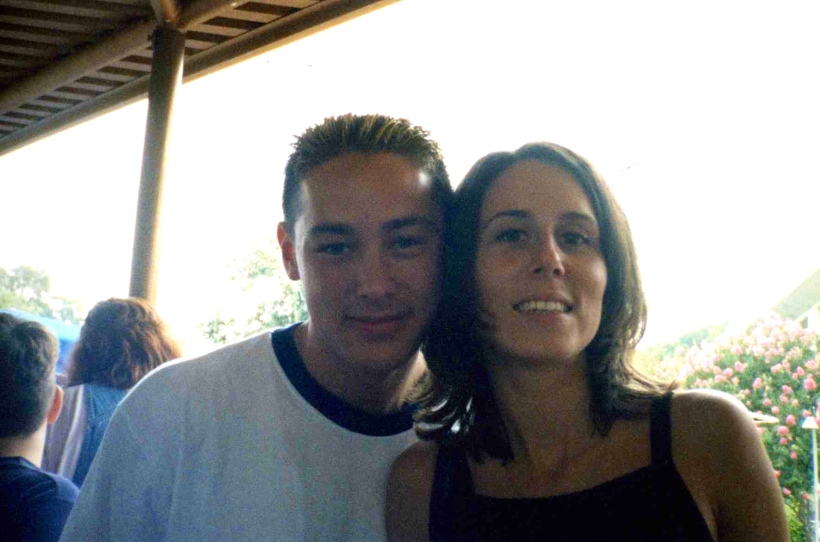 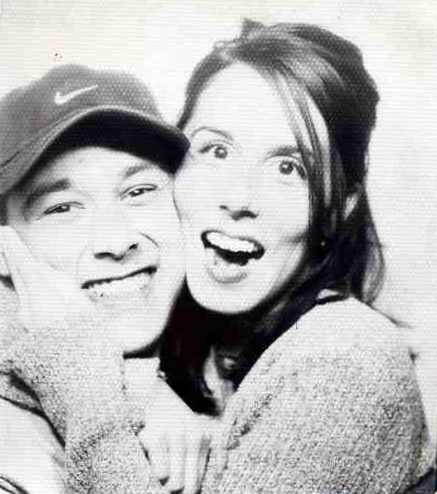 This was about six months after we met. We took this in the photo booth at the Boardwalk in Santa Cruz. This is one of my favorite pictures of us. 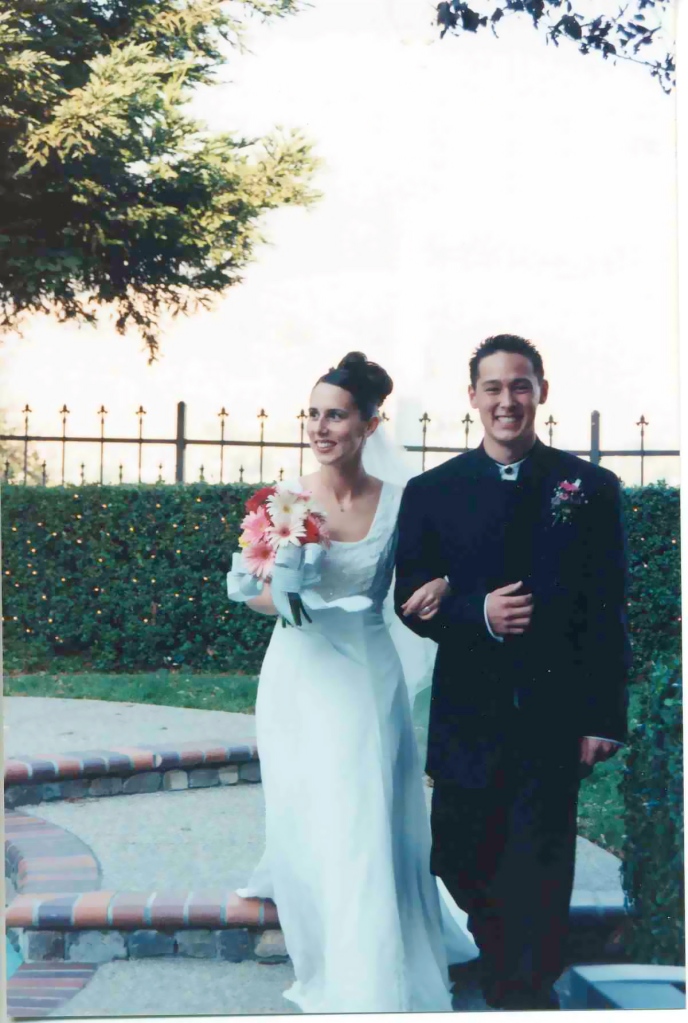 October 16, 1999 we’d just said “I do” and the theme from Superman was playing as we walked away! 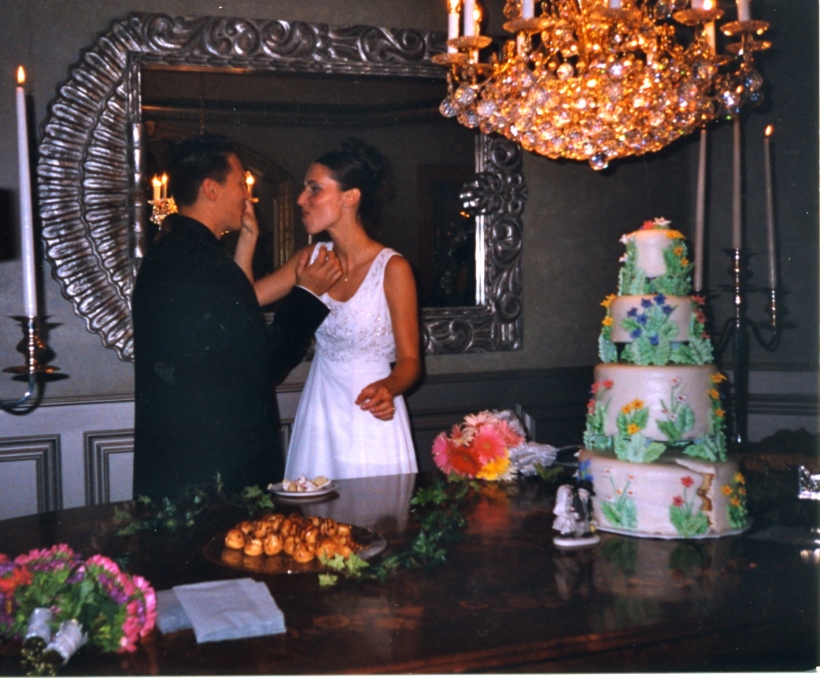 We had an amazing cake because Trevor’s co-worker made it as our gift!

Another amazing thing is my ex-boyfriend’s sister hosted our wedding at her home. Yes, you read that right! We were young, and extremely strapped for cash. After seeing the price of wedding venues, we didn’t think we’d have enough funds to have a “wedding.” She offered to host our ceremony, reception, and even had several of my family members from Michigan stay at her home. Both of our families also helped make the wedding day of these two “youngsters” a success. My aunt was the “florist,” my dad set up the tables and chairs, my cousin was our photographer, Trevor’s cousin provided wine, Trevor’s friend played the ceremony music, my mother in law made the bridesmaid dresses, and my mom bought my dress and helped with many last-minute things. There were many, many others who helped us on that day and with pre wedding festivities. We would not have had a wedding, nor would I have had a bridal shower,  without our family and friends support! 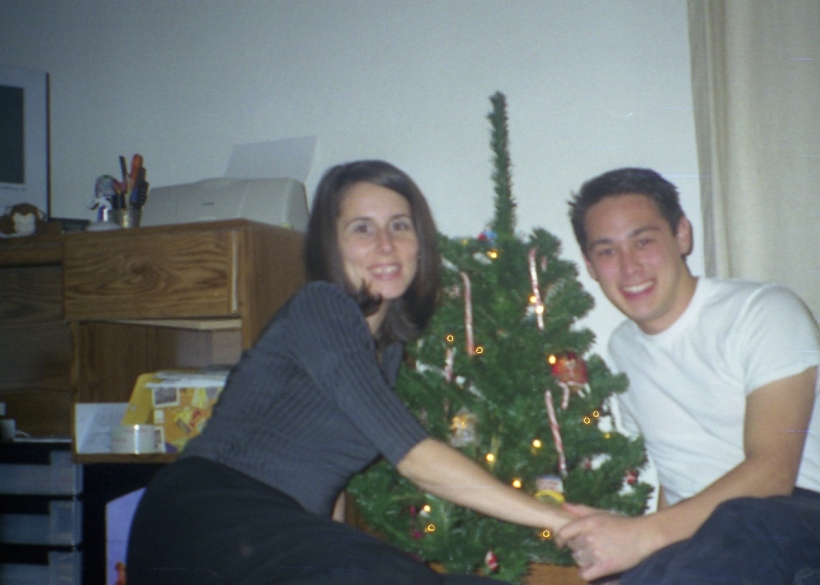 Our first Christmas was spent in our 400 square foot studio. I can’t believe we even found space for this little tree! 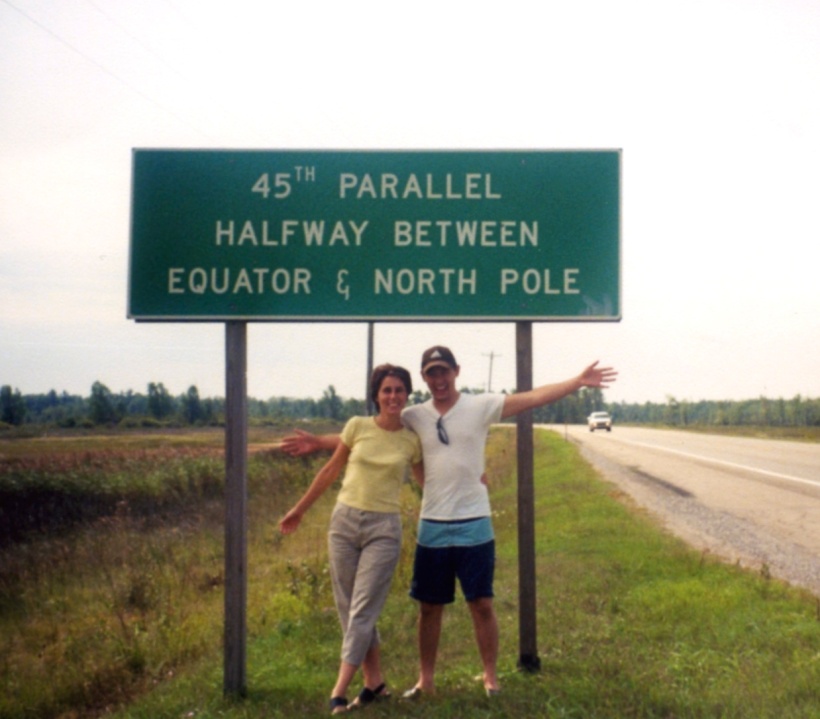 Our first vacation as a married couple. We traveled to Michigan, Georgia, and Florida so Trevor could meet my entire family. This vacation was a generous wedding gift from my father in law. 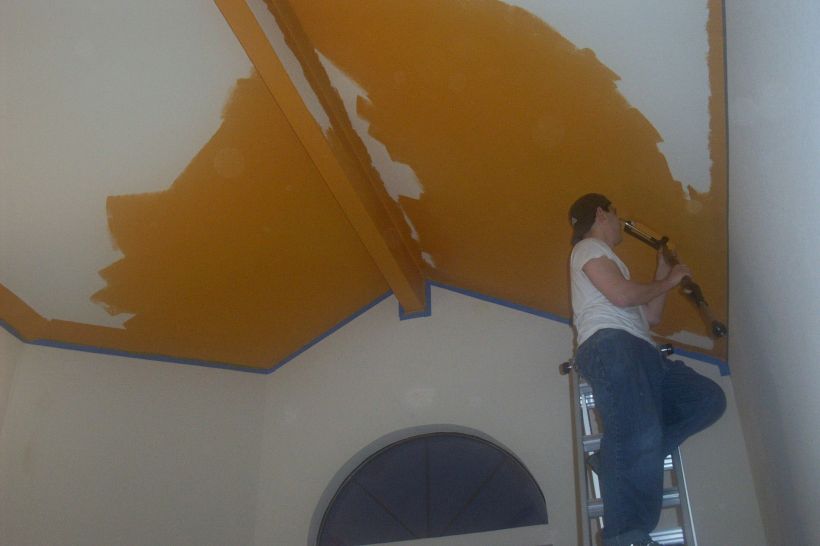 He fearlessly painted the very high ceiling in our first home! 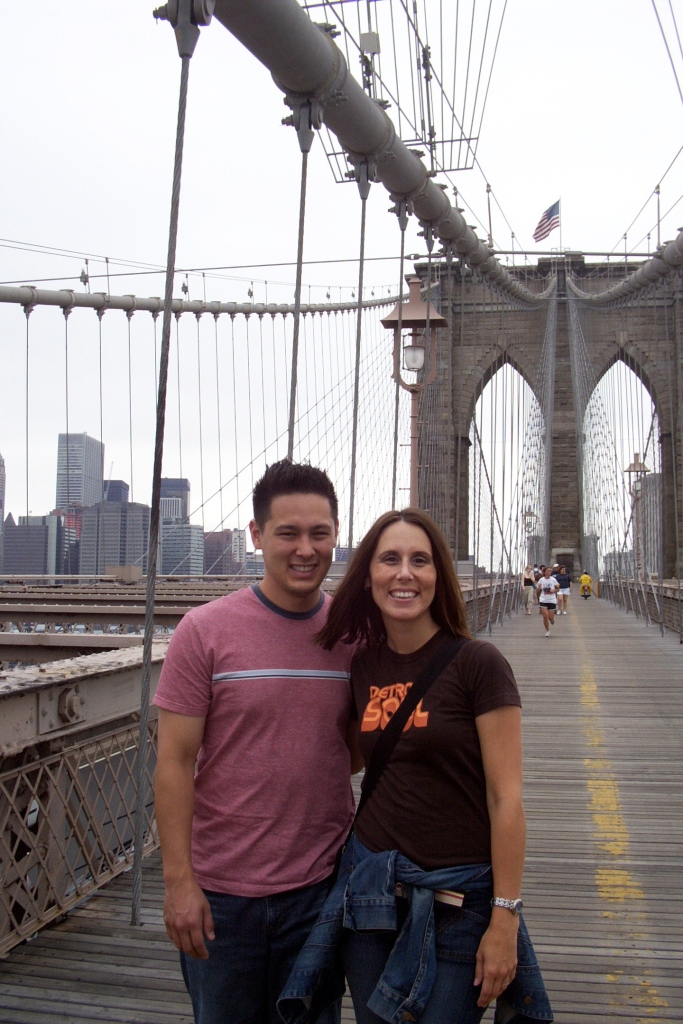 He held my hand when I got nervous walking across the Brooklyn Bridge. 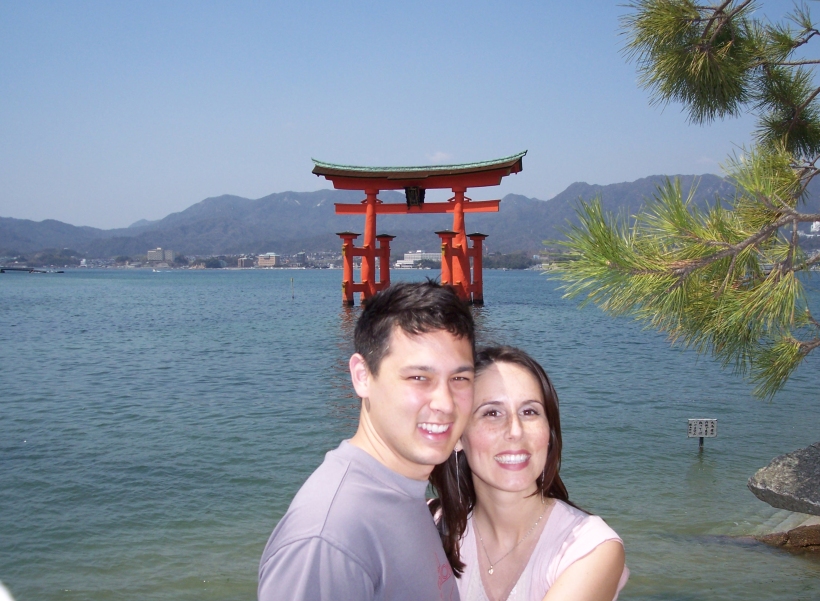 This was our first trip outside the US to Japan in 2005. It was to celebrate our five-year anniversary…just a year late 🙂 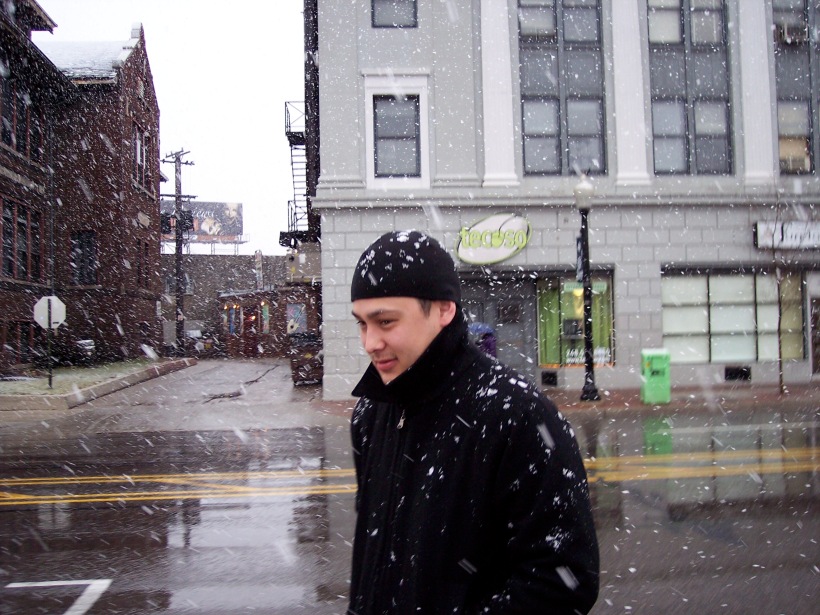 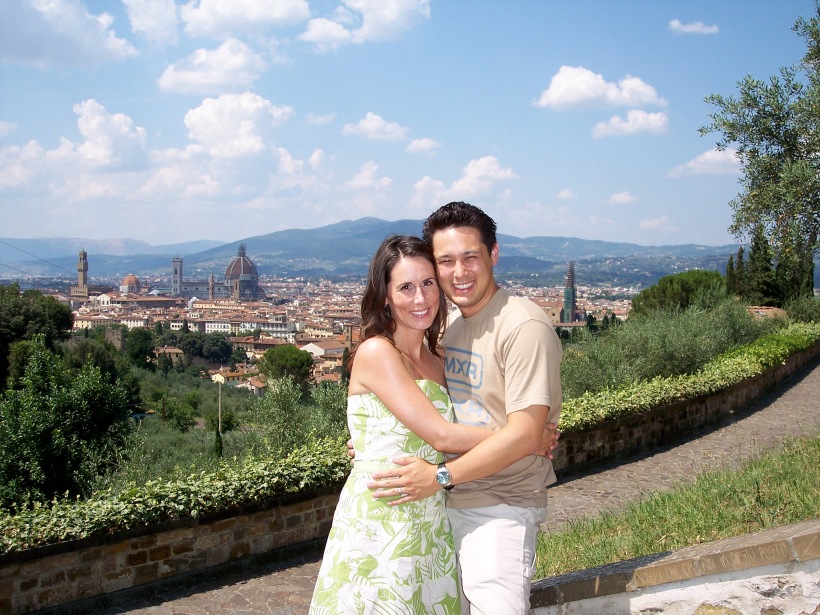 He safely drove with the crazy Italian drivers during our trip to Italy in 2006! Shortly after this trip, my health started its slow decline, we had no idea about the challenge that was ahead. 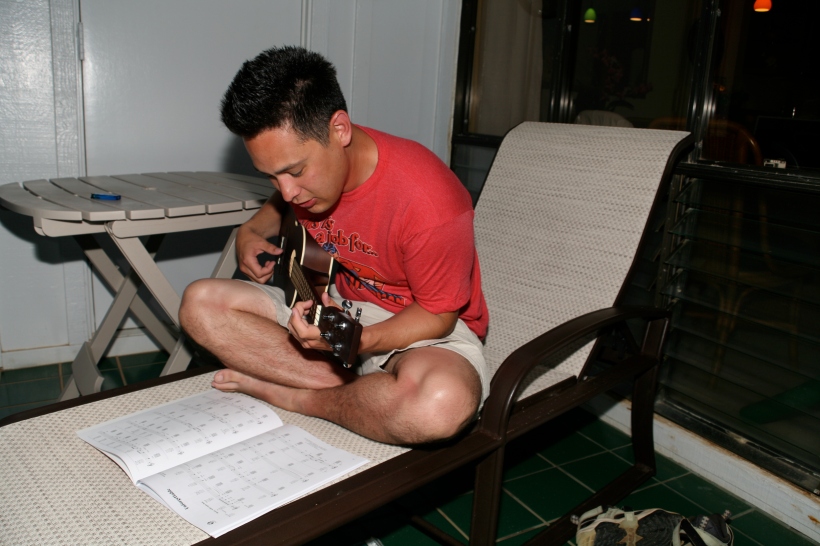 He knows how to play guitar and ukulele 🙂 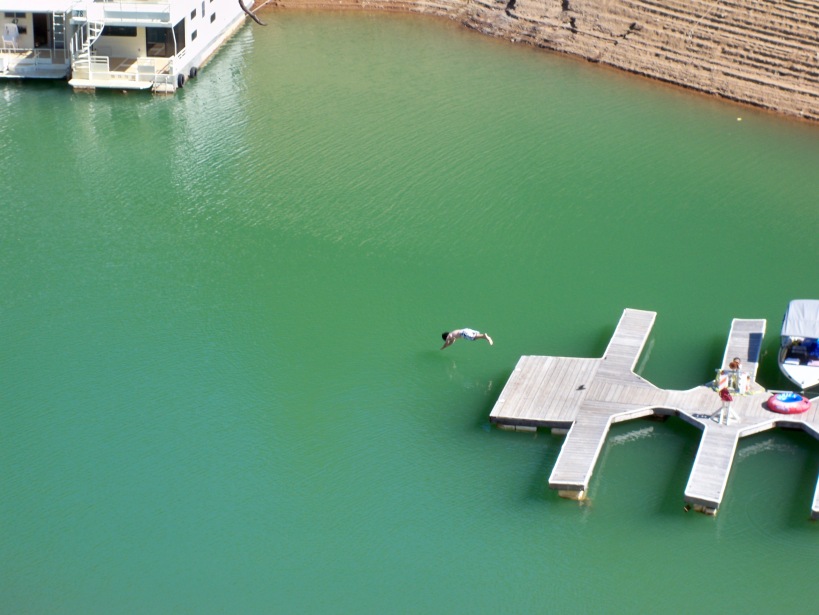 He’s jumped into Lake Shasta to swim for a raft my sister saw floating! 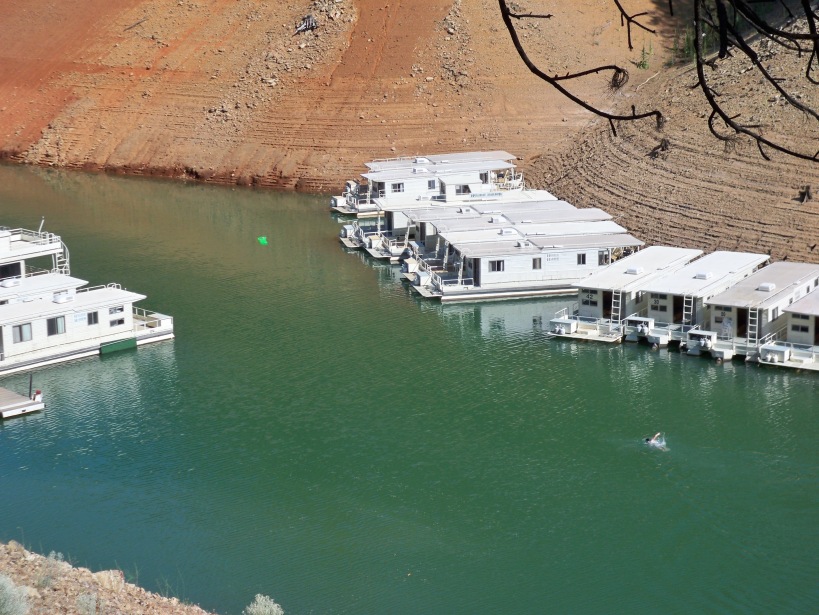 See how far he had to swim to get it? 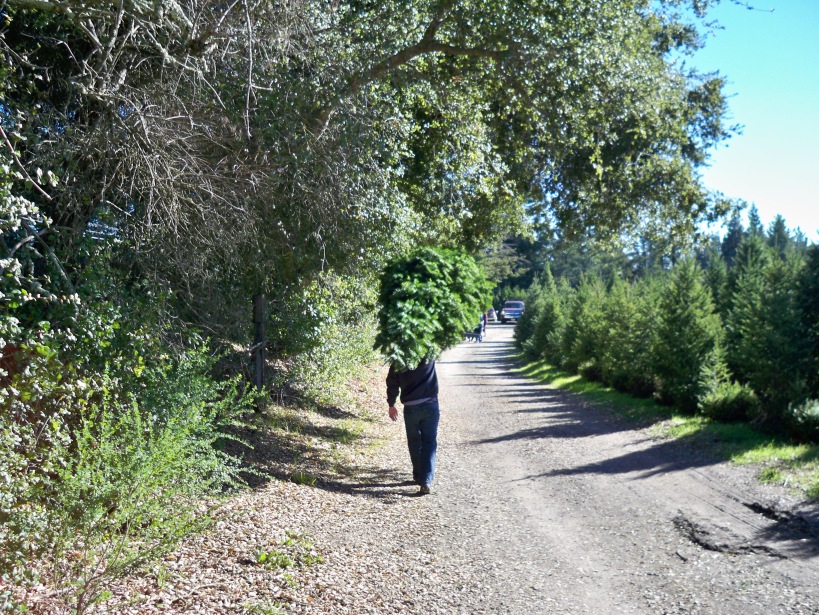 Every year since we’ve had a house that could fit a real Christmas tree, he’s cut one down, and carried it to the car 🙂 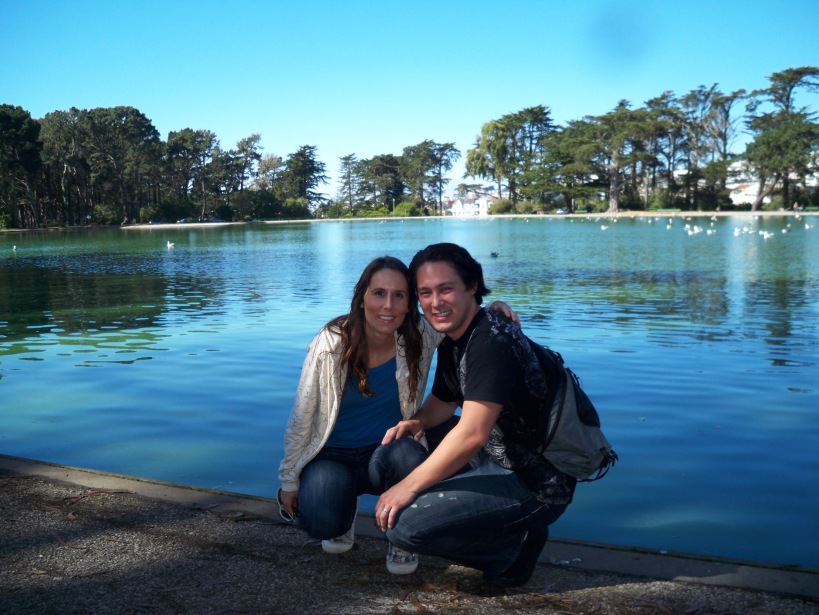 We celebrated 10 years riding our bikes around Golden Gate Park. 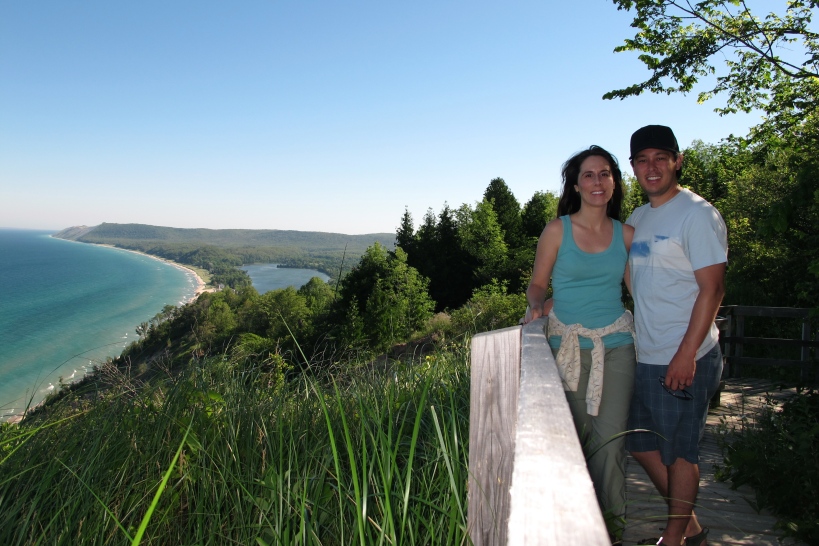 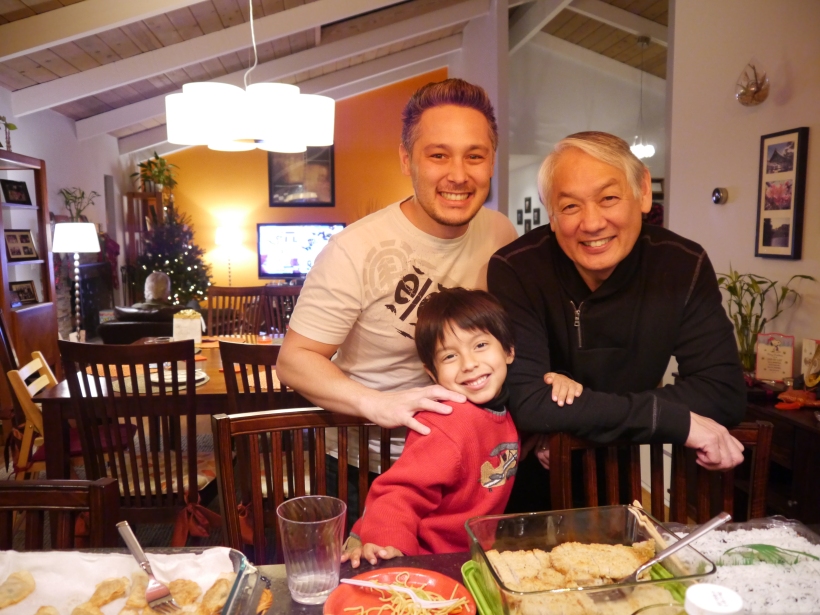 He is an awesome son, and big brother! 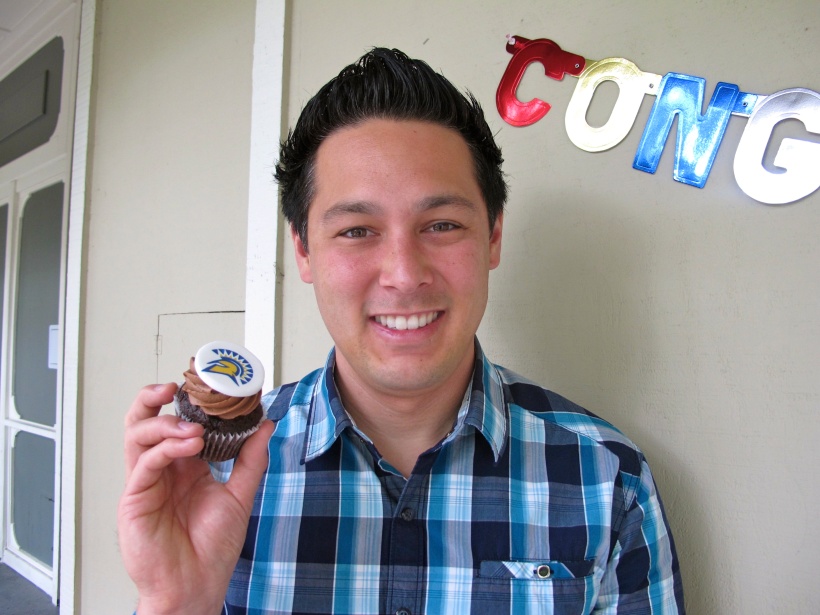 For 5 years, he worked full-time while in school part-time. He earned his bachelors in 2011. So proud of him! 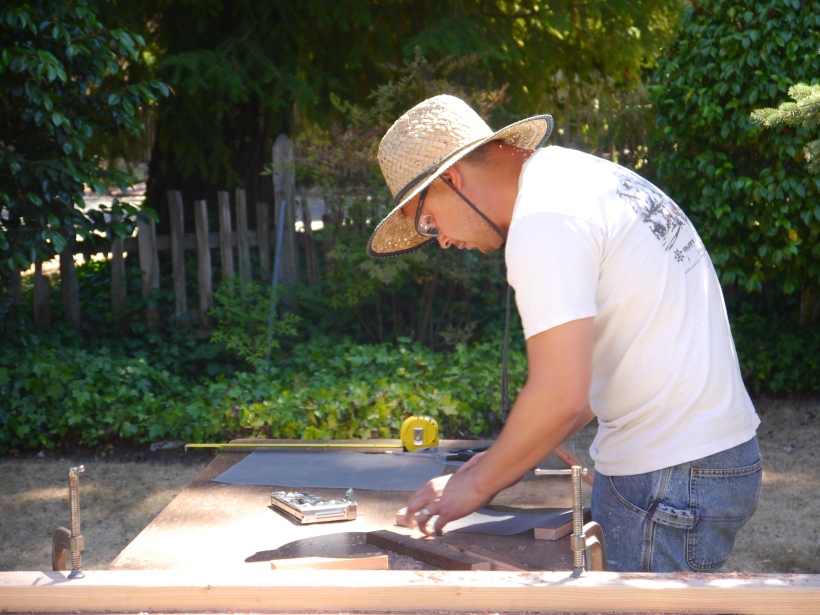 He makes me robbing screens, garden beds, and all kinds of other cool things for the homestead! 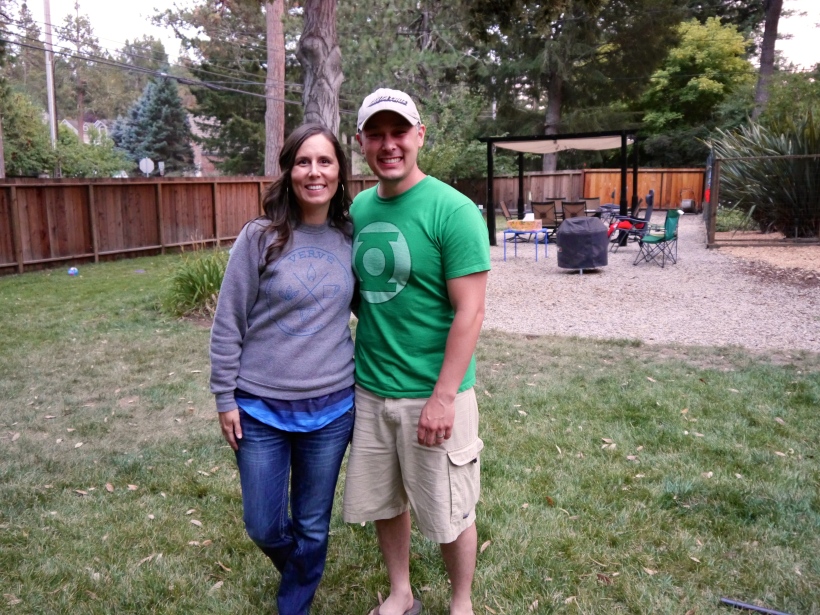 He works hard everyday to provide us with a beautiful home, and enjoys sharing it with others. 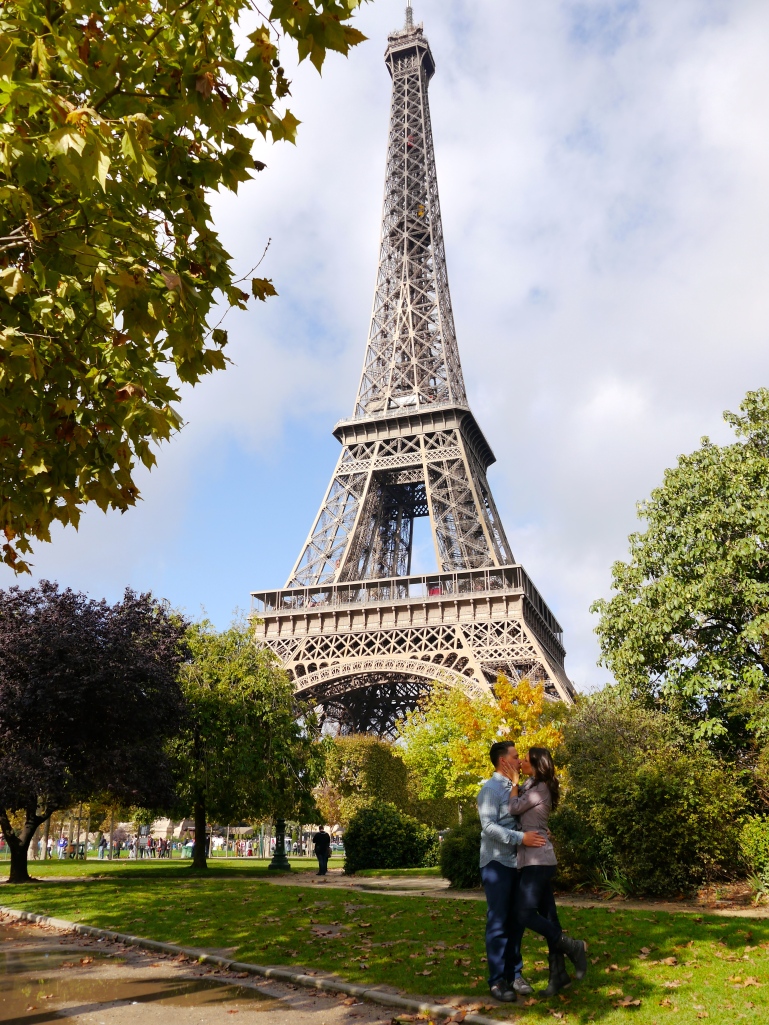 Everyday I’m thankful to have Trevor as my husband. I’m so happy and blessed to spend the rest of my life with him!